Since many years, we have all seen announcements of self-driving vehicles becoming our daily reality soon. Some of these predictions are already more than five years past their date, such as the one made by Elon Musk for Tesla and year 2017. What we have observed though is steady progress in self-driving capabilities. It is a difficult challenge that requires plenty of time and resources.

Large corporations and some extremely well-funded startups focus on developing their own solutions. But there is also another approach, based on cooperation and open source: the Autoware.

Autoware is an open-source software stack for self-driving vehicles, built on modern ROS (Robot Operating System). It aims to enable commercial deployment of autonomous driving in a broad range of vehicles and applications. Examples include autonomous parking features for cars, cargo delivery on airports and autonomous buses. In 2023, the Autoware will work on robot-taxi scenarios. The project is managed by the Autoware Foundation, a non-profit organization with many members from technology, industry, and academia.

We are a premium member of Autoware Foundation, contributing to the project through software development as well as technical steering and strategic planning. Robotec.ai also leads the Simulation Working Group. 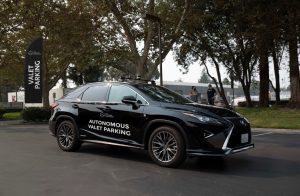 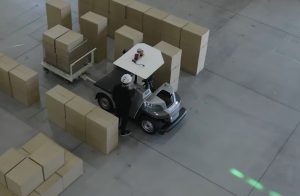 There are numerous benefits of using a simulation for the development of vehicle autonomy. In the end, the ultimate benefit is to reduce the cost, in terms of time and money, of such development.

In simple terms, one can consider two types of simulators. One type is focused on realistic, high-fidelity simulation of a certain aspect of real operation, such as friction and dynamics of tires on various surfaces. The other type seeks to capture the entirety of the operation in real-time, with a level of realism that is a sufficient approximation for many purposes. The latter type is sometimes called an end-to-end simulator and can work in a closed loop with a vehicle autonomy stack, replacing real vehicles and the real world with virtual ones.

Some of benefits of using end-to-end simulators are:

Autonomous cars are considered robots, but simulators for automotive domain have been mostly disconnected from other fields of robotics. This is due to specifics such as vehicle speed (much faster than typical robots), sensor loadouts (comprehensive and high performance), environment size (large areas of operation) and specific constraints (such as traffic rules).

Most modern end-to-end autonomous driving simulators are proprietary, with the notable exception of CARLA. CARLA is based on Unreal Engine and has plenty of available models, environments, and sensors. It is quite popular in industry and academia and has many features for development, training, and validation of autonomous driving systems. A significant drawback that we experienced is that it suffers from mediocre performance of sensor simulation, which hinders simulation of vehicle fleets and some high-end sensors.

From the end of November 2022, a new end-to-end open-source simulator is available thanks to the efforts of Tier IV in collaboration with Robotec.ai: AWSIM. It is built on top of Unity3D engine, and its main strengths include integration with Autoware and high-performance sensor simulation. AWSIM is licensed under Apache 2.0 for code and CC BY-NC for assets and runs on both Linux (targeting Ubuntu 20.04 and 22.04) and Windows. The open-source model and licensing allows for a higher degree of control for OEMs and Tiers. 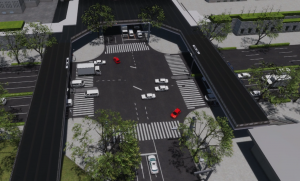 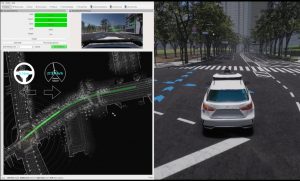 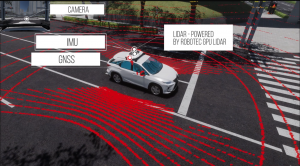 Check it out
The video showcases AWSIM as presented in our booth at ROSCon 2022 in Kyoto:
AWSIM demo ROSCon 2022

For a quick start, please follow this guide to run a release binary of AWSIM.

If you would like to dive deeper and build the simulation project yourself, play around with it and contribute, check out the AWSIM GitHub repository.

Let's bring your project to life

Let us know how we can help you.